Many of the most revered Japanese arts have emerged from something that was first intended for practical uses. Such is the case with Japanese calligraphy, the solution to a growing need for a uniform script in the administrative process, and Kintsugi, which originated as an elegant way to repair broken pottery. Furoshiki is no different. The term, which literally translates to “bath (furo) spread (shiki),” was first used in the Nara period (710–794) as a means to protect valuable goods.

Since, the Japanese have mastered the art of doling fabric to transport and wrap items. This has evolved into a popular practice  (particularly over the last several years) in cultures around the world as a versatile, environmentally-friendly way to carry bottles, food, and everyday necessities, and has also become a modern alternative to holiday gift-wrapping.

So especially this year, when many of us have more time on our hands, why not take advantage of this opportunity to put a little spin on the typical presentation of your holiday gifts?

Furoshiki is a square piece of cloth or fabric used for gift wrapping, transporting items, fashion, and home décor. The word refers both to the craft and to the cloth itself, which usually has an elegant, decorative design. Furoshiki has become increasingly popular with cultures around the world as it has transformed the art of gift-giving.

A Brief History of the Craft

Furoshiki originated in Japan around 710 B.C. during the Nara period. During this time, cloth that an object was wrapped in was referred to as tsutsumi, meaning “package” or “present.” It was primarily used to wrap important goods and treasures found in Japanese temples. During the Heian period, which lasted from 794 to 1185, the cloth was called koromo utsumi, and it was mostly used to wrap clothing.

The name furoshiki was applied during the Muromachi period, which lasted from 1136 to 1573. It is believed the Ashikaga Yoshimitsu, a Shogun during this era, installed a large bathhouse in his residence and invited feudal lords to stay and use the facility. These guests would wrap their kimonos in furoshiki cloth while they bathed as to not confuse them with others’. Often, the cloths were adorned with family crests and emblems as further indications of who they belonged to. Many stood on the fabrics while drying after bathing, hence the translation of the word to “bath spread.”

Furoshiki was soon popular with all members of society, as bathhouses became the designated area to wash, relax, and socialize. It wasn’t long before the custom spread to other avenues such as wrapping books, gifts, and merchandise.

In 2006, Japanese Minister of the Environment Yuriko Koike promoted furoshiki cloth in an effort to increase environmental awareness and reduce the use of plastic. It is during this period that the spread and contemporary practices accelerated in use. Today, it is commonly used by Japanese schoolchildren to carry bento boxes, and by gift-givers around the world as an environmentally-friendly way to wrap gifts.

How to Tie Furoshiki

Using decorative, elegant cloth as a means to carry items and wrap gifts has been a part of Japanese art and culture since the 8th century. This practice, known as furoshiki, makes the art of gift-giving that much more personalized and special. Gift-givers around the world have since adopted the furoshiki technique in favor of its versatility and environmentally-conscious approach. This holiday season, revisit unused fabric to create a unique, elegantly wrapped present. 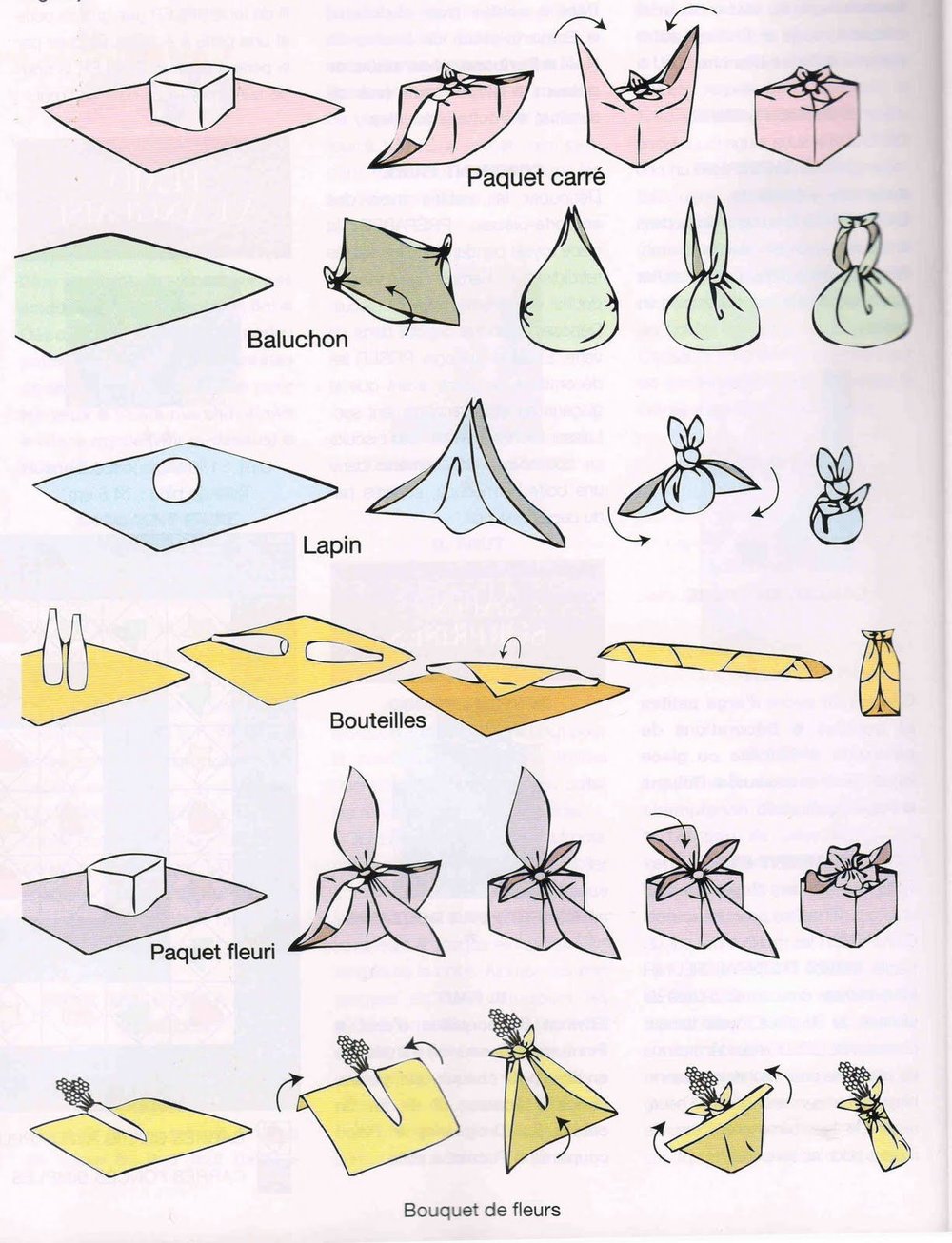